The huge 18.4 inch 1080p display tablet is the biggest tablet ever released by Samsung.

It could be termed as a hybrid tablet that looks and feels like a TV – bigger than a laptop, smaller than a TV.It comes with a regular power adapter instead of a micro-USB. 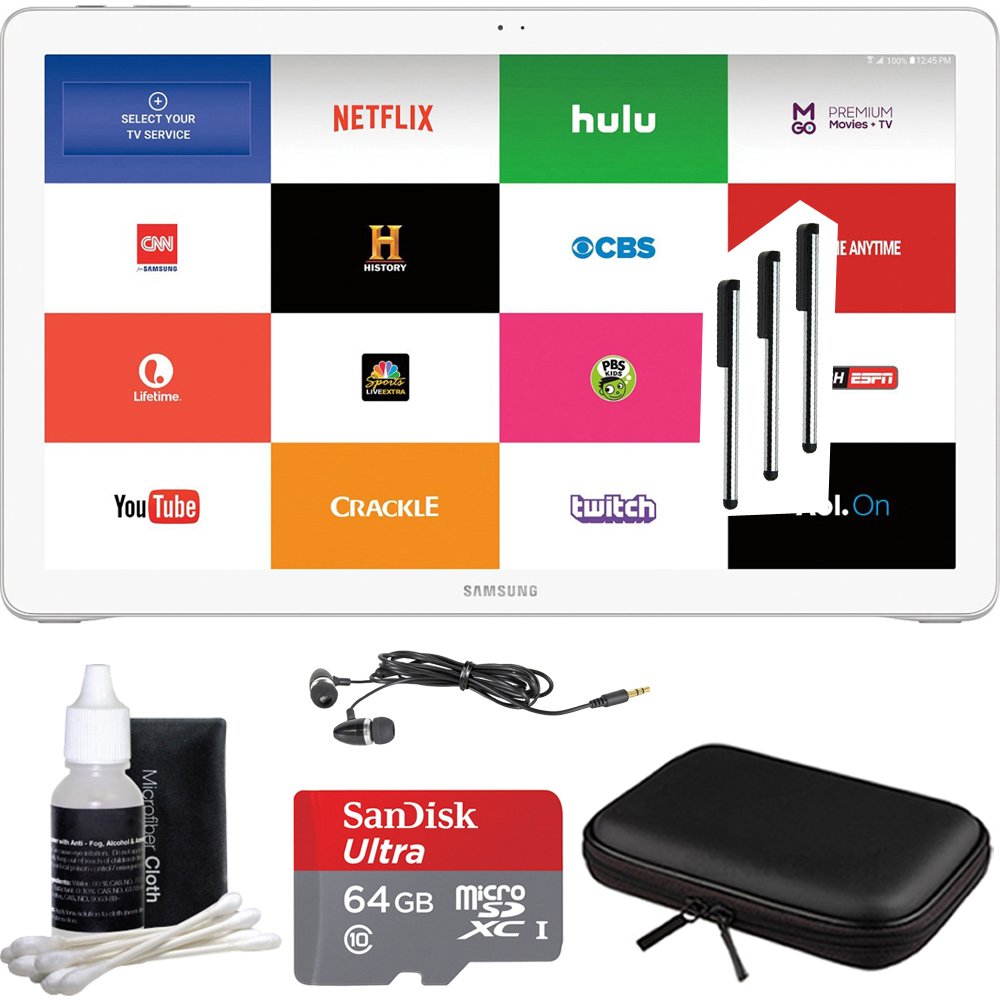 At the top left side of the tablet are the power button and the volume keys while at the bottom right of the tablet are the headphone jack, micro USB and charging port.The tablet comes with a 1.6Ghz Octa-Core Exynos 7580 processor, 4 gigabytes RAM with an inbuilt 32gig/64gig memory space with micro SD card support.

The tab is quite heavy which is predictable because of its massive screen size.

The part of the panel that’s slightly curved also houses an oval handle in the middle.

It’s also attached via plastic hinges and it can shift into two positions: one allows the tablet to stand upright while the other allows the tab to lay down at an angle.

The second position also frees up the handle to easily transport the tablet.The back panel isn’t removable and there’s no low-profile option, meaning the tablet can never lay completely flat.

Its mechanism isn’t very smooth, either.

In order to switch its configurations, you push the panel’s protruding edge inward towards the chassis to connect with the back of the tablet, while the other edge flips outward, like a seesaw.

It requires a forceful push and results in a loud violent slap every time.

The plastic back panel also feels a bit rickety.

It can easily bend under pressure, and since you need to put pressure on it to switch its position.